How to Write Comics. 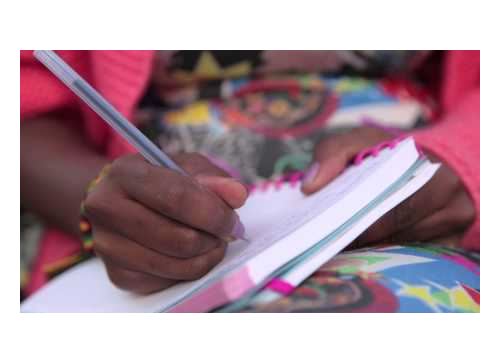 I decided to write this post primarily because I often get asked how I wrote Afroella (as if I were a comic-writing guru).

I’m defiantly not a guru but I have written a comic I’m proud of and I know that it can be a frustrating, keyboard-breaking, madness-inducing coffee-fuelled adventure. I also know that the reward of having a complete, finished comic that you love is … just AMAZING.

I learned so much on my comic journey, as you no doubt will too.  So here it is; my guide to writing a comic.

The first step is coming up with a great idea or premise that would be best shown in a comic format. A great comic may get made into a film, TV show or cartoon at some point, but for now you want a story that is best shown in comic form.

With that in mind let’s talk ideas. We all have them and they all seem great, but then there’s a pause (because you have other things to do) and when you eventually go back to it you wonder how you managed to spend so much time on something so dull that you wish you could crush your laptop (or perhaps that’s just me).  It helps to write down your ideas – all of them, no matter how crazy – get buoyed up on them, then take a little break.

Once you leave the ideas alone to simmer you’ll find that there’ll be one that stands out, resonating awesome. This is the beginning of your story or the first/best comic book you’ve ever written.

If you don’t get that feeling keep writing ideas down until you find the one! Trust me, it’s a long hard road between idea and finished script (let alone finished comic) so you’re gonna need to love your idea more than sleep.

If you’re struggling to find a really strong idea read, watch TV, go out into the world notebook in hand and write down snippets of overheard conversations or ridiculous scenarios you’ve witnessed. Or allow your mind to wander. Never underestimate the importance of those free hours staring into space on your couch. When you’re daydreaming you’re idea-honing, character-generating and awesome-story-making.  Give yourself some mind-wandering time.

So you have an awesome idea, great. Now ask yourself these questions:

Is your idea original? You might love Spiderman but don’t just copy great work. Instead, be inspired and create your own original character and story. The world doesn’t need another Shia LaBeouf (whether you think it’s performance art or not).

Will it work as a comic? Really think about this one. If you feel like it’s expanding beyond the comic form into a show/book then write that script instead.

Don’t be worried about who your market is because the truth is you don’t really know, shouldn’t care and will probably be surprised.

Now you’ve answered the questions your well on your way to an amazing original comic.

Next week we’ll talk about how to turn an idea into a story, but until then write every little inspiration in your notebook, you never know when it’ll come in handy.